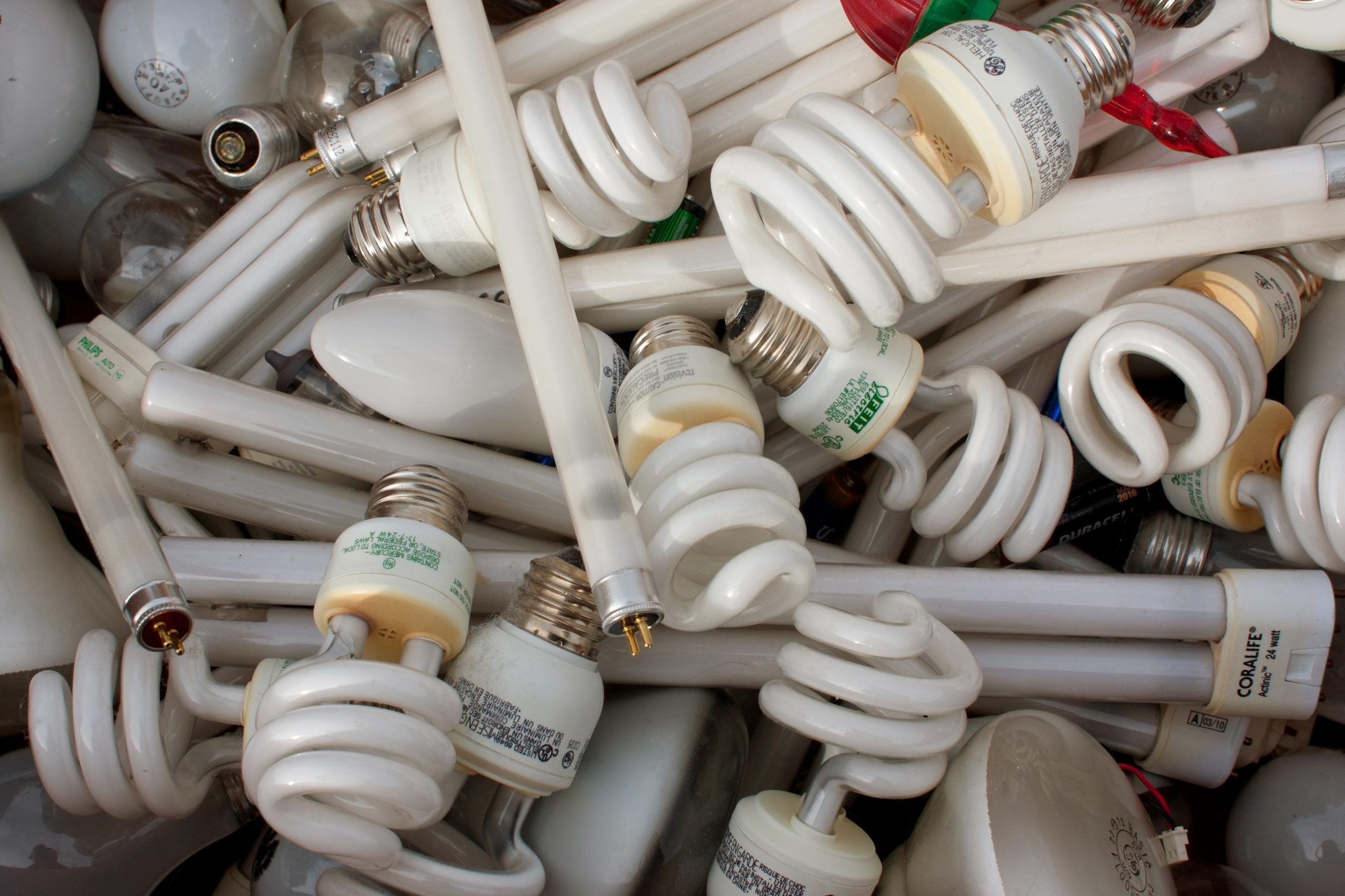 The Australian Lighting Council estimates that only 10 per cent of all mercury-containing light bulbs and fluorescent tubes are being properly recycled, leading to mercury contamination of landfills and the wider environment. It’s a serious public health concern world-wide, with huge implications for the property industry, which industry sources say produces 90 per cent of mercury based lighting. It’s also an issue that the federal government has failed to take decisive action on.

The government, for a start, it is stalling on the implementation of an international treaty that would see many of these lights banned by 2020.

The Minamata Convention on Mercury passed into international law in October 2013. While the government adopted and signed the convention, along with 138 other countries, it has stopped short of ratifying it, a step that would make it legally binding to enforce a phase out of the manufacture and use of a range of mercury containing products by 2020. It would also have to take steps to limit mercury emissions from the gold mining and coal-burning power sectors.

“With the signing of the Minamata Convention on mercury we will be going a long way in protecting the world forever from the devastating health consequences from mercury,” World Health Organisation director-general Dr Margaret Chan said in a media statement.

“Mercury is one of the top 10 chemicals of major public health concern and is a substance which disperses into and remains in ecosystems for generations, causing severe ill health and intellectual impairment to exposed populations.”

What are the products targeted?

A consultation was held last year by the government on the ratification on the convention. In its submission, the Australian Dental Association said it welcomed the need to install amalgam traps in surgeries to keep mercury out of the water supply. However, the submission from the Australian Coal Based Electricity Generators Association claimed its sector’s emissions were only low, and the cost of controlling them expensive, so it would like an exemption.

Several requests by The Fifth Estate by phone and in writing have failed to get a reply from minister Hunt’s office on whether it plans to ratify the treaty. However, The Fifth Estate has found that the minister’s office has contracted an economics consultancy to conduct a cost-benefit analysis on the prospect before making a decision.

In a media statement at the company website, Marsden Jacobs said its CBA will “consider the likely cost impacts on business and government that would arise from ratifying the convention as well as identifying and assessing the benefits on human health and the environment”.

Why mercury is bad

The concerns around mercury are very well established. It vaporises at room temperature, and has been shown to have health impacts ranging from brain damage to impaired thyroid and liver function, irritability, tremors, disturbances to vision, memory loss and cardiovascular problems.

It also bio-accumulates in the environment, and bio-magnifies in living things, which is why shark, at the top of the food chain, is a fish pregnant women are advised to avoid eating.

The scandal around lighting

The Fifth Estate had earlier in the investigations asked Mr Hunt about the scope of the lighting issue, and what the federal government has already been doing to manage its contribution to mercury pollution.

A spokesman said that in 2012, approximately 30 million mercury-containing lamps were imported into Australia, and the number of them disposed of is expected to be “roughly the same, or slightly greater than, the number of lamps imported annually”.

However, on the question of what needs to be done to ensure proper disposal to stop mercury entering the environment, the spokesman said this was entirely a matter for the states and territories to manage.

What are the states doing?

So we tried asking some of the state EPAs how they are enforcing the requirement for mercury-containing lamps to be categorised as hazardous waste. Neither NSW or Victoria gave an answer.

The Queensland Department of Environment and Heritage Protection said that while fluorescent tubes contents are listed as regulated waste under Queensland legislation, most of them are not being recycled and are ending up as landfill.

“Recycling is one way to effectively reduce mercury emissions into the environment,” it said in response to queries from The Fifth Estate.

“There are already a number of waste lamp recyclers operating in Australia. Most large waste management organisations in Australia also have arrangements to pass on waste lighting to a recycling company.”

The department was working with Lighting Council Australia and FluoroCycle to increase the national recycling rate of mercury-containing lamps and is committed to improving current monitoring requirements, the department said.

In Queensland, only specific landfills and waste transfer stations are permitted to receive specific types of regulated waste. Those landfills must have a liner system to prevent release of contaminants to land and waters, including controlling migration of landfill gas. They must also have a system to collect leachate and all waste deposited must be covered as soon as possible to prevent exposure of waste and issues arising from scavengers.

Mercury is however, a substance that vaporises easily, can soak into fibres and accumulate in small crevices. Where lamps have simply been disposed of in the regular rubbish, instead of as regulated waste, it’s still a hazard to the wider environment.

Owner of Ecocycle Australia Ken Dickens told The Fifth Estate that while NSW and South Australia have mandated the recycling of mercury-containing lamps, generally it “relies on the good will of corporates” as to whether or not it happens, even in those states.

One of two mercury recycling operators in Australia, his firm has recycling facilities for the lamps in Sydney, Melbourne and Perth recycling around 800 tonnes of lights a year, a figure he said is “the tip of the iceberg” in terms of what is actually being disposed of.

Mr Dickens said the dental industry also is not recycling removed amalgam to the extent it could, with “only a handful” of Australia’s 5000 or so dentists actually utilising his company’s services.

In terms of the degree state EPAs are policing affairs, Mr Dickens said they are “generally reactive”.

“They are under-resourced, and it has been that way for a long time. They tend to go after the obvious and high profile issues.

“And the further away [waste disposal sites] are from big cities and big regulators, the more the environment can be compromised. There’s also an element of the tyranny of distance in some places, or they can’t afford best practice. That’s the dilemma.”

Tim Etheridge, director of energy-efficiency firm Energy Cost Attack told The Fifth Estate he has been lobbying Mr Hunt consistently on the need for a phase out of all mercury-containing lamps similar to the national phase out of incandescent lighting. It should also make the use of LED lighting a “default position” for all government owned or tenanted buildings, and get tougher on hazardous waste.

“In 38 states of the US and in Europe, mercury is classified as a hazardous waste, and Australia must do the same,” Mr Etheridge said.

“The government is failing at a federal and state level to put boundaries up against the third world practice of just throwing it in the bin. Mandatory hazardous waste legislation needs to apply.

“A mandate equals a level playing field, because everybody has to do it.”

Mr Etheridge said that while Mr Hunt was involved in the launch of Fluorocycle, the minister has not acknowledged that the government-driven emphasis on compact fluorescents as a replacement for incandescent is partly responsible for added mercury entering the environment.

“The lights go into landfill and metabolise into methyl mercury through the action of bacteria, and it is seriously toxic. Methyl mercury is also highly mobile, it is an organic toxin that moves across any membrane.

“There is no recognised safe level of mercury.”

While the amount contained in the average light is small – 5mg in CFLs and between 12-15 mg in fluorescent tubes – multiply that by 30 million lamps a year and it soon becomes substantial.

Its aim is to divert the estimated 90 per cent of mercury-containing bulbs currently going to landfill to appropriate recycling.

Signatories commit to ensuring all relevant contracts include an obligation for waste mercury-containing lamps to be recycled, and to provide an annual statement that self-certifies compliance.

They are also required to cooperate with a random or risk-based audit of compliance, should one be carried out, and be able to produce evidence that recycling has been implemented in the form of invoices, contracts or annual reports.

How to make recycling effective

A highly placed industry source told The Fifth Estate that “Fluorocycle is okay as far as voluntary commitments can go”.

“But I believe we need to take it further and not only promote sensible destruction of old lamps and police it from an EPA perspective, but require proof of compliance such as a pick up receipt from a lamp recycling company at each job,” the source said.

He also said that the ERF methodologies should mirror some of the state-based and local government energy efficiency schemes that make it a requirement to provide proof of recycling of mercury-containing lamps. This would also take some pressure off state EPAs that have limited resources for tracking waste created by federal initiatives.

One of the issues he identified for firms doing lighting upgrades is the cost of recycling, which he said is nearly $1 per tube for most projects – although it is generally charged by weight, so it depends on the lamp type.

This cost needs to be factored in somehow, although when margins on projects are tight, it can really erode the profitability of a job.

He said an option would be for each wholesaler of new lamps to provide a recycling box, and that electricians can then drop the full box back at the wholesaler. This approach has already been adopted by one major retailer that has a free take-back policy for all end-of-life mercury-containing bulbs consumers have used in its lighting products.

A supplier-led stewardship approach would also benefit electricians. The Fifth Estate spoke to one small electrical firm that had done a major commercial lighting upgrade over 12 months ago where the client would not accept responsibility for disposal of old tubes by either contracting with a recycler directly or putting the cost in the contract price, and the electrician was simply unable to fund recycling himself. So the old tubes are stored in a shed on the electrician’s own property.